In and around Chittagong

The second-largest and commercially important port city of Bangladesh, standing on the northern bank of the Karnaphuli River and has the busiest seaport. Chittagong has a population of around 8.6 million (in 2017). The climate is pleasant year-round; it becomes cooler in winter and slightly hot and humid during the summer—the annual rainfall of Chittagong on average 2735 mm (107.7 in) per year.

Chittagong and Hill Tracts stretch down to the southeastern corner of the country. Chittagong division shares borders with India and Myanmar (Burma) to the eastern side, Sylhet Division to the north and Dhaka division along the Meghna River. The beaches, hills and vibrant ethnic culture are the dominant features of this area, particularly in the Hill Tracts and south to the Myanmar border.

According to the Chinese traveller Xuan Zhang, Chittagong city is a ‘sleeping beauty emerging out of the misty water. The Chittagong coastal line is exceptionally narrow and is the only coastal region where river deltas do not fragment the land. The wide and long beaches are extended from Sitatunga to Patenga, where the Krahulik River slice them off. It is then uninterrupted till Tekna, which is said to be the World’s longest (150km) continuous sandy beach. The Chittagong Hill Tracts comprises three districts- Rangamati, Bandarban and Khagrachhori. They are all primarily populated by various tribal groups, distinct from each other in significant aspects. Each tribe has distinctive rites, rituals, dress, language, and cultural patterns. Chittagong’s local dialect has been influenced by Arabic, Arakanese, Portuguese and tribal dialects. A plains Bangali would not know the local Chittagonian Bangla conversation. The Chittagonian dialect of Bangla would be the only thing in common among all communities throughout the Hill Tracts, Cox’s Bazar, and even the Muslim Rohingya community in Arakan.

Chittagong is the initial jumping-off point for the hill tracts east and Cox’s Bazar to the south. Cox’s Bazar is a prominent year-round tourist spot for the locals. Surrounding reserve forest and only coral island Saint Martin have made this corner a worthy destination. In many ways, the southeastern division offers the most variety to travellers – it proudly hosts the World’s longest natural beach, has the country’s highest region, the largest recycling ship-breaking industry, wild Asian elephants in the tropical evergreen forests, primary sea fish sources, tea plantation, ancient and colonial architecture, Mosques, Temples, mausoleums and vibrant culture. Exploring the hilly topography of Bandarban, Rangamati and Khagrachhari, walking through the tribal villages, meeting the tribes and tasting their foods, and boating on rivers and lakes may change your definition of Bangladesh.

A peaceful boat trip from Chittagong/Dhaka to Nijhum Deep (a Mangrove Forest and a natural habitat for spotted deer), Borishal and the virgin beach of Kuakata will be an unforgettable experience. 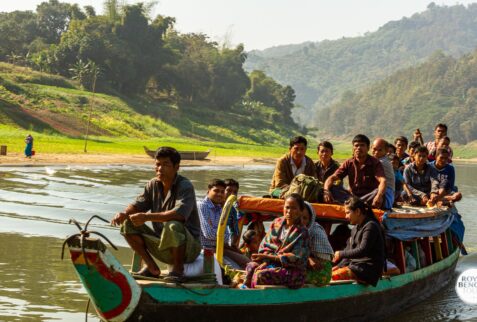 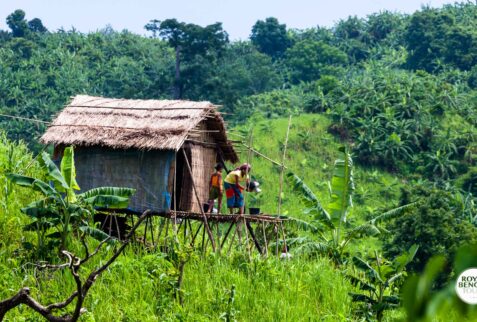 Fascinating tribal culture on the hills

The Chittagong Hill Tracts is the only mountainous region of the country, unique for its attractive panoramic geography and fascinating tribal culture. The Mongoloid races are the original inhabitants of CHT in 13 different ethnic groups. They differ in their social organisation, marriage, birth and death rites, food, and other social customs from the rest of the country. The sceneries are very picturesque throughout the districts. The mixture of hill and valley densely covered with forest and luxurious vegetation yields the most beautiful and varied light and shade effects. The Buddhist, Christian, animist tribal communities with steep and jungled hills; makes the Hill Tracts an idyllic adventure to explore.

Once part of the Chittagong administrative district, now the three sections of the Chittagong Hill Tracts – Khagrachhari, Rangamati and Bandarban – are surrounded by the Chittagong and Cox’s Bazar plains stretching along the Bay of Bengal on the west, by the Indian states of Tripura and Mizoram on the north and east and by the Arakan region of Myanmar (Burma) on the south and southeast. This region forms a bridge among Bangladesh, Myanmar and India. The Chittagong Hill tracts are part of an 1800 km mountain range that runs from the eastern Himalayas in China to western Myanmar. The Feni, Karnaphuli, Sangu and Matamuhuri are the main rivers and the Keokradong, Tajingdong are the highest mountain in the hill districts.

About 45 different tribal groups are living in Bangladesh. There were 1.2 million tribal inhabitants, about 1.13 per cent of the entire country’s population (1991 census). Tribal forums claim nearly 2.5 Million as the current tribal population size. The proportion of tribal habitation in the 64 districts varies from less than one per cent to about 55.6 per cent in the Rangamati district of Chittagong Hill Tracts (CHT), Khagrachhari (48.9 %), and Bandarban (48 %) are the other two districts in CHT accounting for sizable tribal groups. Almost 82 per cent (1991 Census) of tribal people lived in rural areas and 18 per cent in urban areas. A very high proportion of tribal community follows Buddhism (37 %), Hinduism (21 %), Islam (18 %), Christianity (11 %) and other beliefs (13 %) (Census1991). Their languages are as diverse as their cultures and customs.

The presence of small ethnic communities is providing extra strength to the national fabric of Bangladesh. The Chittagong hill tract’s ethnic migration routes are different. Centuries ago, the tribal ancestors wandered into the Chittagong Hills’ teak forests. Now it is home to thirteen tribal groups that have been settled in the hills for the last several hundreds of years. Some of the ethnic groups are matriarchal, and all have similar housing style, entirely made of bamboos, wild leaves, straws and raw woods. The elevated bamboo platform can be about 2 to 5m high on the slopey hills and covered by thatched roofs of dried leaves. The CHT has a relatively lower population density than the other parts of the country. This undiscovered treasury land has much to offer.

All tribal communities living in the Hill tracts have and practice their own language. The Chakmas speak a mixed language of local Bangla (Chittagonian dialect), Pali and Sanskrit wrote in the corrupt Burmese script. They are nominally Buddhists and adhere to the ‘Theravada’ form of Buddhism practised in Arakan and other parts of Myanmar and have Hindu and Buddhist personal names. Marmas are also Buddhists and speak Arakanese, a Burmese dialect. The Tripuras are mostly Hindus though many of them have converted to Christianity in recent decades and speak a Tibeto Burmese language without any scripts. The rest of the tribal groups speak a mixed language of 15 Assamese and Burmese origin. Among them, the Lushais, Pankhus and Bawms are Christians, and the rest are animists. By dint of Continuous Missionary activities since the CHT was ceded to the British East India Company, several ethnic groups have lost their religious beliefs partly or wholly and converted to Christianity. Moreover, the process has multiplied many folds in recent decades.

Bangladesh Hill tract is the Jewel in the hill tract crown. It offers many activities to the visitors, including hiking through the tribal villages, meeting and tasting their foods, experiencing cultural events, homestay with locals, boating on rivers, lakes and canals, relaxing, drinking and reading. What else do you need?

The climate of the Chittagong Hill Region:

There are three main seasons; the pre-monsoon season falls over April and May, which is very hot, humid and sunny with the occasional showers. The rainy season is quite long, between June to early October, which is warm, cloudy and wet. The dry season falls over November to March, a relatively cool, sunny, dry and comparatively comfortable season for travelling.

we will take care of this for you

Chittagong hill tracts are restricted to local and foreign visitors for security reason. Any foreign nationals must check disclaimer notice from their government/ ministry of foreign affairs before planning a visit to the Chittagong Hill Tracts. Foreign tourists must avail special permission from the local government/ authorities for their visits to CHT. And visit permission must be availed from each of the hill districts intending to visit; through an enlisted tour operator attaching application with passport, visa copies and all other necessary information.

The application must be submitted at the respective deputy commissioner’s office, a minimum of ten working days before the travel date. Permission approval/ process might be delayed or rejected by the authority due to their workload or any other reason or security purpose. No foreign travellers are allowed to enter the hill tracts without permission. Tour operators can only try their best on your behalf and would not be liable for any refusal/ rejections, which is absolutely beyond their control. We are one of the enlisted tour operators with the respective authorities and shall look after the permission formalities of our guests who have booked the trip with us. As of now, none of our application was dishonoured.

Our trips are conducted mainly by trained local (Tribal) guides around the CHT. Their English proficiency may be moderate, but best to give the insight. 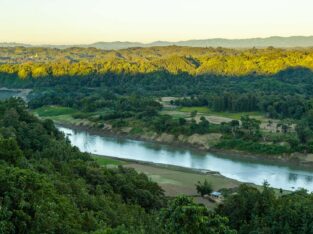 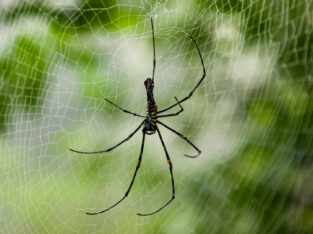 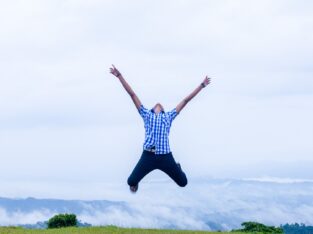 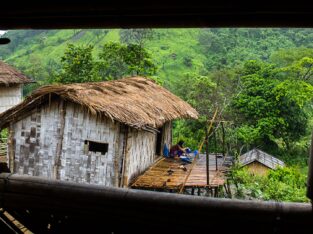 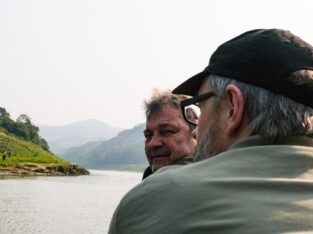 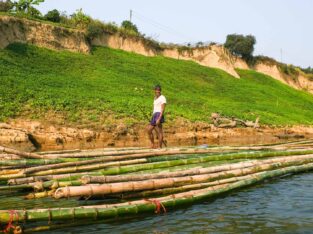 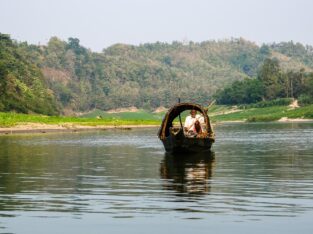 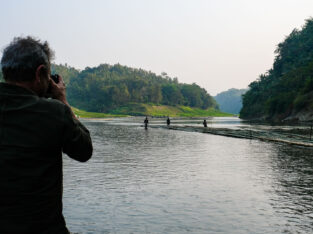 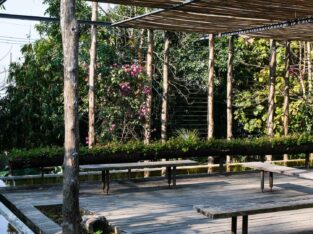 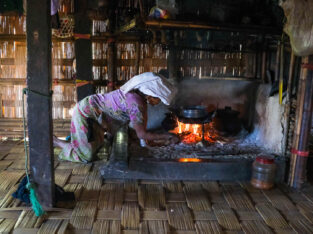 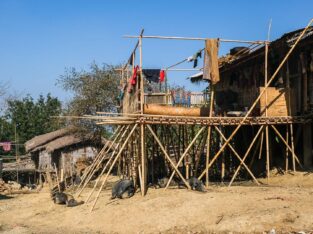 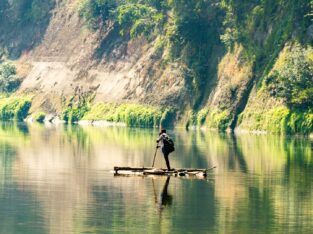 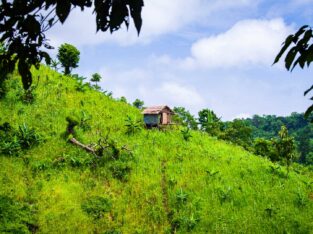 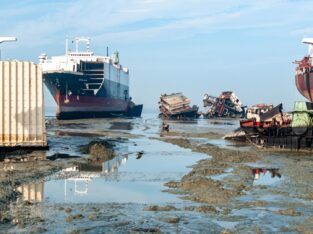 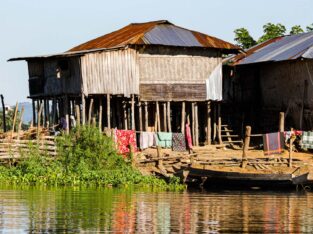 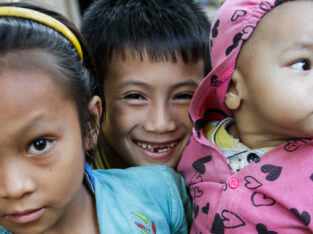 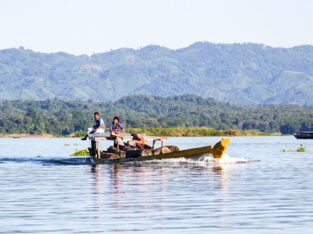