In Bangladesh, fishing with trained otters has been a tradition for a long time. This ancient technique plays a significant role in otter conservation in Bangladesh. Only Lutra perspicillata is used for fishing by the fishermen around the Sundarban area. Narail and Khulna districts near the Sundarban are the only places in the country where fishermen breed and tame this otter species.

Bangladesh is a multi-religious and multi-cultural country with very limited resources. All these cultures and religions influence the country’s conservation of biodiversity. Islam and Hinduism emphasise conservation. Because of religious beliefs, the Common Langur (Semnopithecus entellus) and the Bostami Turtle (Aspideretes nigricans) still exist. Population pressure and demand for fuel wood are destroying the country’s vegetation and forests. As a result, wild animal populations are declining rapidly. We’ve lost around 8% of Bangladesh’s mammalian species in the last century, and 36% are threatened at present. 25 species of flora and 32 species of animals are still traditionally protected by the people in the country. Traditional otter fishing is practically extinct in south Asia, but some Bangladeshi communities still practice it. This fishing technique helps conserve otters in Bangladesh. We are going to describe this unique fishing technique, fishermen who utilise otters for fishing, and captive otters. 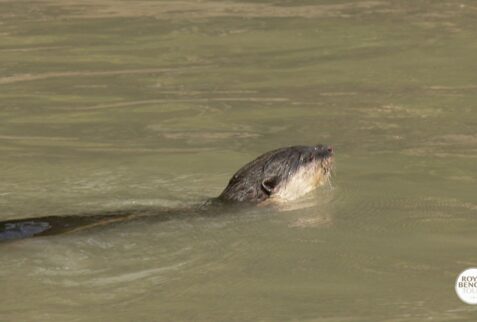 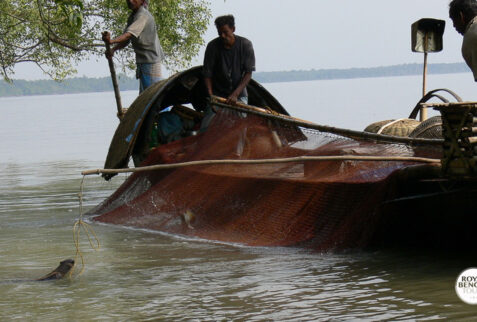 About 300 people from 12 villages in Khulna and Narail depend directly on otter fishing, and another 2,000 depend indirectly. They fish in two areas according to the season. In the pre-monsoon and winter, they fish in the Sundarbans. And fishing on the Chitra River and other Narail District waterways during the rest of the year. These fishermen are struggling financially. They have no farmland, and fishing with otters is the only way to make a living. Most otter fishermen are illiterate. New generations in the community who are educated don't want to be fishermen like their parents. Therefore, Malo Jale's numbers are declining.

Otter fishing has declined in the recent decade. A decade ago, both Lutra perspicillata and Lutra lutra were used for fishing. Only Lutra perspicillata is now used for fishing in Bangladesh. About 176 otters of different ages and sexes in captivity belong to 46 fishing groups. Out of these, 138 are adult otters actively fishing. The rest are either very young or very old.

Season and availability determined what fishermen fed these otters. 58 kinds of fish, 1 species of frog (Hoplobatrachus tigerinus), and many species of crabs are listed as captive otter food. These otters sometimes ate non-poisonous snakes, eels, and small turtles caught in fishing nets. During the monsoon season (July-September) and the winter season (October-February), when fish were abundant, each otter ate 1.1 kg (range 1-2.3 kg) per day. During the pre-monsoon season (March-June), each otter consumes 500-600 g of food per day. In addition to the fish offered by the fisherman, the otters catch and eat their own fish while working.

How do they train offers for fishing in Bangladesh?

The fishermen catch parents otters from the wild or from other fishermen who have them in captivity. By breeding these otters in captivity, fishermen increase their captive stock. Fishermen use juvenile otters in conjunction with trained adult otters. Each fishing team deploys three otters: two adult-trained Otters and one juvenile trainee. During the day, fishermen throw fish into the water while shouting “catch, catch, catch,” and then have the juveniles hunt it down and bring it back to them. So, the juvenile develops a desire to chase anything in the water when it hears this sound. During fishing, fishermen release this juvenile with trained adult otters and say “dhor-dhor-dhor.” The juvenile swims around and pursues fish into the net. Juvenile otters begin training at age 2 and are fully trained in 5 to 6 months.

This traditional fishing method is unique. Each fishing group consists of one boat, three to five fishermen, one unique net, and three otters. The fishing boats ranged in length from 11 to 15 meters and width from 1.3 to 2.1 meters. The bottoms of the boats are convex. The carrying capacity of these boats ranged from 2,000 to 4,800 kg. The net used for this fishing is rectangular and ranges from 6m x 5m to 12m x 6m. The mesh size is between 1 to 2.5cm. Fishing with trained otters is at night in the Sundarbans, between 21:00 and 05:00. Sometimes fishermen use otters to fish throughout the day during high tide outside the Sundarbans.

The boats are placed in the middle of the river for fishing. Two fishermen hold the net in the water with bamboo poles. Two adult otters are tied to a stick on the opposite side of the net. The length of the otter sticks ranged from 1.5 to 2.5m and the rope from 1 to 1.5m. Another otter (usually a youngster) is set free to move in front of the net. The three otters and fishing net form a 40-square-meter rectangular fishing area. Once the otters and net are in place, the fisherman excites them by saying “dhor-dhor-dhor” and pushing a stick through the sinking net. The otter chase fish to the net from different directions, and when the fish are inside the net area, the fisherman drags the net into the boat.

These fishermen depend entirely on otter fishing for their living. They don’t do farming, agriculture, or business. Without daily otter fishing, they can’t meet their fundamental needs. Unfortunately, when there is heavy rain, flooding, or storms, they can’t fish and confront an economic hardship.

Many people indirectly benefit from traditional fishing through transportation, net-making, boat-building, etc. This unique fishing method is more profitable than others. It involves less labour, less physical exertion from the fisherman, and a minimum financial commitment.

Unfortunately, this unique traditional fishing technique is at risk. Only a decade ago, more than 500 Otters were used for fishing, with 5000 people involved in five different regions. This ancient practice is declining for several reasons. This includes the otter fishermen’s low finances. When fishing in the Sundarbans for four months, these fishermen need major financial support, and most can’t afford it. So they count on high-interest money lenders. The Malo Jeles are a minority group. They have trouble getting land, don’t get fair treatment or help from society, and face violence and discrimination. All these social forces are hurting traditional fishing. Fish abundance is diminishing due to pollution from plastic, cotton dyeing, and other industries, over-sedimentation in the river, and indiscriminate fishing by other fishermen. Aside from these problems, the fishermen have to compete with many other local fishermen for fishing spots, especially those using machines to catch fish. Conflict with local authorities over taxes and fishing authorisation, robbery in Sundarban areas, diseases in fishermen and otters, the high cost of basic needs, and population pressure also influence fishermen to quit.

Due to fisherman’s involvement with otters, this area has traditionally conserved the wild species. These tamed otters in captivity have a 90% breeding potential. Captive-bred populations can persist in the wild. This traditional method can help with ex-situ and in-situ conservation through reintroduction and rehabilitation. One of Bangladesh’s last native methods of conservation can be kept alive with the help of the government and national and international research groups. 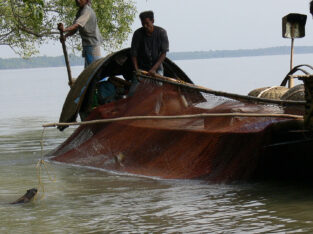 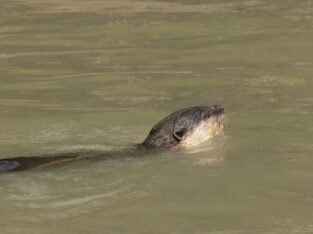 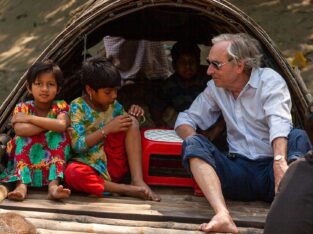