Goaldi mosque is one of the most magnificent edifices in Bangladesh. This lovely single-dome brick mosque is located in Goaldi village, Sonargaon Upazila, Narayanganj district, about a kilometer northeast of Panam City. The architecture of this mosque reminds of the square-shaped mosque style found around Bagerhat during the regime of Khan Jahan Ali. This mosque is an excellent example of 'enclosed square shape' architecture in Bengal, characterised by a cubical prayer chamber with corner turrets and entrances on all sides except the qibla wall.

Mulla Hidjbr Akbar Khan built this mosque in 1519 A.D., when Sultan Alauddin Husayn Shah was in power (Cunnigham 1882:143). According to an inscription that once hung over the main entrance on the eastern outside wall. 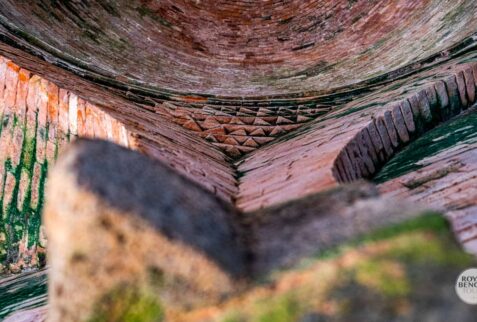 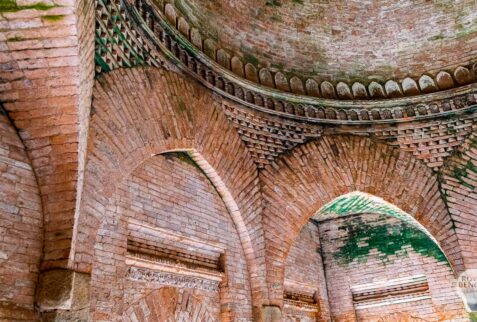 The cubical prayer chamber is measuring 4.9-meter square with 1.65-meter-thick walls all around. The layout indicates Qibla direction is 21° inclined towards the south from the west, which is a major fault for a mosque structure. Except for the qibla wall, significant portions of the mosque, including the dome, had fallen over time, environmental degradation and lack of maintenance. Nevertheless, a careful restoration by the Department of Archaeology had tried to regain the glorious original look of this ancient structure in 1975 A.D. (Hasan 1984:186).

The north and south facades contain one arched opening in the centre flanked on either side by a shallow niche like a blind entrance from outside. The three openings of the eastern facade are embellished on either side with rectangular plates of sensitive relief work in the form of a niche with an ornamental hanging lamp motif.

The use of black basalt stone for the central mihrab was a widespread practice during the sixteenth century. Among the three mihrabs on the qibla wall, the central one is beautifully ornamented with carved floral and arabesque relief on the black basalt stone. The two flanking mihrabs are similarly decorated in brick and fine terracotta work. The outside of the qibla wall shows a projection of the main mihrab niche. There are four round turrets at each outside corner and divided into three parts by the mouldings. This is the only example of a circular tower instead of an octagonal tower in the mosques in this eastern region of Bangladesh. 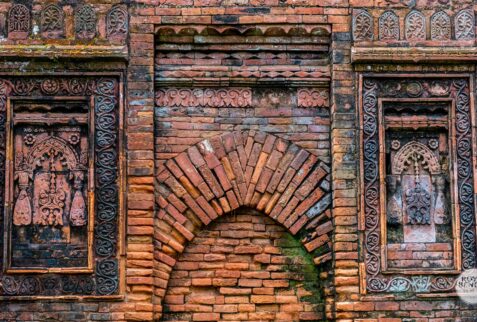 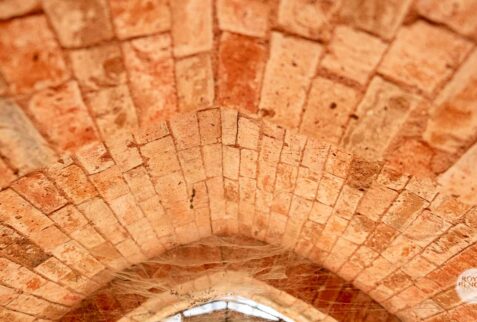 A single dome is crowning the mosque, and the dome is carried on four squinches at each corner and slightly sloped pendentives to make it a perfect circle, upon which the hemispherical dome rests.

Intensive terracotta panels have ornamented the solid surface in between the doors and the corner towers of the exterior wall. In addition, the northern, southern and eastern exteriors are embellished with four terracotta panels with chain and bell motif, which is commonly found in Gaur.

The cornice on all four sides is gently curved. There are four ornamented mouldings in this cornice, and interspaces between the mouldings are also decorated with continuous floral relief. A combination of all these details portrays a highly decorated and rhythmic finishing of the building. 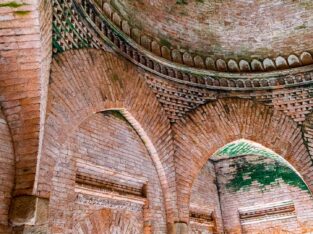 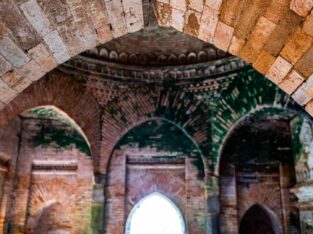 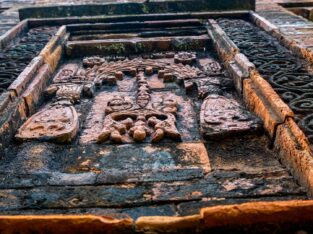 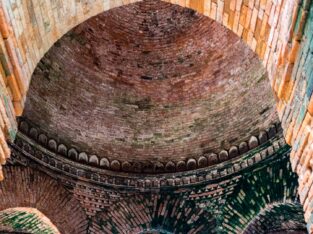 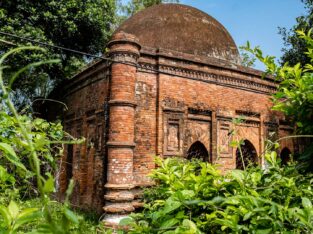 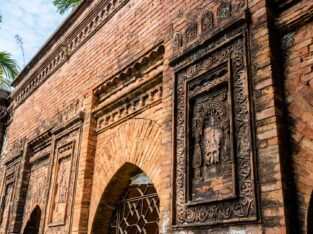 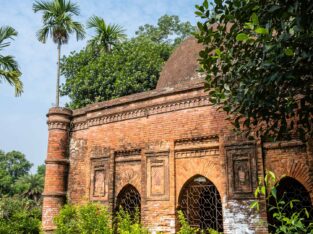 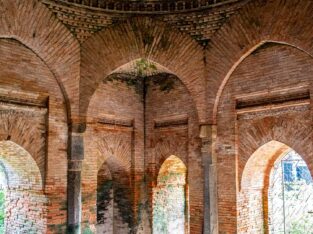 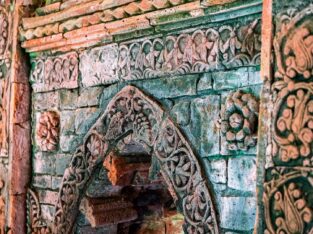 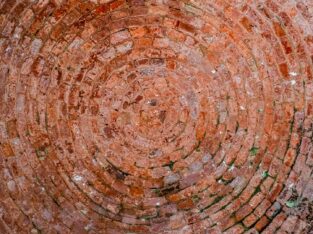 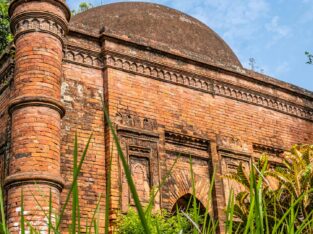 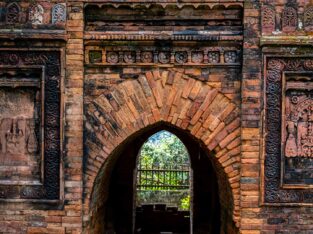 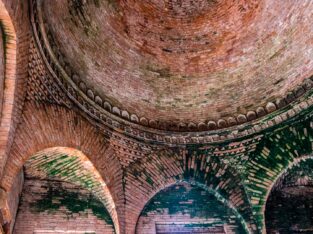 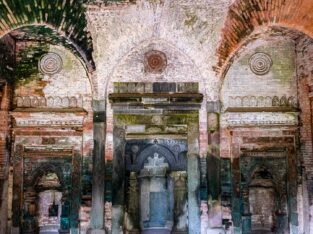