The UNESCO declared World Heritage Site Somapuri Vihara at Paharpur is the highest Buddhist monastery in the south of the Himalayas, dating back to the 8th century A.D. This is one of the most important and impressive historical and important archaeological sites in Bangladesh. It is in the shape of a large quadrangle covering 11 hectares of land area, with 377 monk's cells attached to a 9-foot veranda in the front, making up the walls and enclosing a courtyard. The 20m high remains of a stupa rise from the center of the courtyard. Paharpur heritage village is located near Jaipurhat in the Naogaon district.

The most spectacular of all ancient universities in Bangladesh was the monastery at Paharpur located in the district of Naogaon. A clay seal inscription led to its identification as the great Somapura Vihara built by the great Pala emperor Dharmapala in around the year 800 AD. Until the excavation of the Vikramasheela Mahavihara in 1973, it was considered the biggest Vihara in the whole of South Asia. It measures 922 feet north-south and 919 feet east-west, only three feet short of a perfect square. Laid out on a vast 22 acre courtyard, it has its main entrance on the north with ancillary buildings, votive stupas and minor chapels – all overlooking a huge pyramidal temple in the centre. This stupendous structure has three receding terraces before it reaches even in its ruins a lofty height of 72 feet. 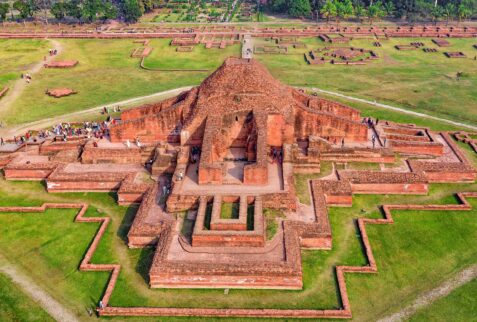 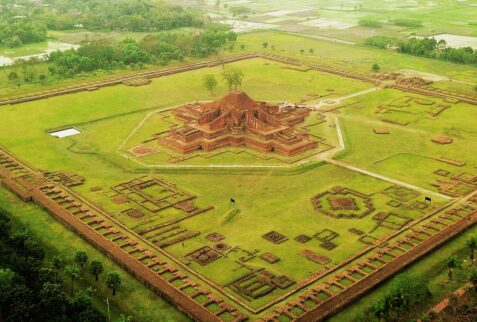 The monastery, which is quadrangular in shape, is built like a fortress with the thick 16-foot outer walls without any window openings. The four wings as they overlook the inner courtyard and the cruciform temple in the centre, accommodate 177 monastic cells each measuring 14′.0″ x 13′.6″. In front of the cells runs a 9 foot veranda connecting the cells all around. On the three arms, there are three central projecting blocks imitating the main gateway on the north extending to the exterior and the interior while the northern arm has the main portal with an elaborate gateway complex flanked by guardrooms. The ancillary buildings – the kitchen, the latrine, a star-shaped structure, the refectory, a group of five votive stupas and a miniature model of the main temple are all located at the south and south-eastern part of the complex.

The temple itself, located at the centre, is an architectural wonder given its time. It is like a gigantic square cross with projecting angles between the arms – a square hollow shaft that rises above the three terraces that taper up to the central shrine. The terraces enclosed by parapet walls bear the load of the central shrine built on top of the square hollow shaft that rises vertically. The hollow shaft shows that the architect had a pre-meditated idea of a grand, lofty height to be sustained by the terraces, which were designed to provide the basement and the four rectangular shrines at cardinal points with the necessary strength to sustain the main shrine towering above them. The upper part of the temple is missing, but it can easily be imagined what an exquisite thing it must have been with its imposing tapering crest. The builders of this monumental structure must have been men of taste, as can be seen from the terrace walls decorated with terracotta plaques depicting not gods and goddesses but the life of the common people. Unlike the 63 stone images mostly of the Brahmanical pantheon on the basement wall, these terracotta plaques are a real aesthetic intimate glance into pleasure-giving an intimate contemporary life. These plaques, some two thousand of them – are arranged in double rows separated by a projecting ornamental cornice.

Excavation in the winter of 1982 under a UNESCO programme unexpectedly unearthed the partly damaged upper body of an enormous life-size bronze Buddha image from a monastic cell which originally must have been over eight feet tall and therefore, the largest bronze image so far discovered in the Northern Indian subcontinent. This partly burnt unique metal icon represents a splendid specimen of the mature Pala art of the 9th century at its best, reminiscent of the Classical Gupta art for its refinement and delicacy of features.

Historically and architecturally, Somapura Mahavihara is a treasured heritage of the world. It introduced for the first time in ancient Asia a striking new style of temple architecture on a grand scale which profoundly influenced the subsequent architectural style of the Far East, particularly noticeable at Pagan in Myanmar and the Chandi Loro Jongrang and Chandi Sewu temples in Central Java.

For its striking architectural and historical importance UNESCO in 1980 included Paharpur Mahavihara, together with the magnificent group of Mosques in the city of Bagerhat, representing two totally separate and different epochs in its list of World Heritage sites and the international campaign for their preservation.

The Somapura Vihara in its heyday must have been a great place humming with the voices of the pupils who came to this centre of excellence. Tibetan sources claim that the famous Buddhist scholar Dipankara Sri Jnana Atisa of Vikrampur lived for several years in this monastery. His spiritual preceptor, Ratnakara Shanti, is also believed to have spent some time here. 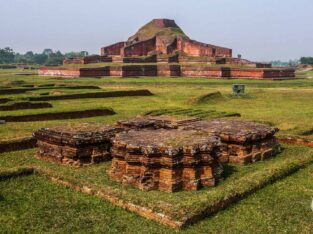 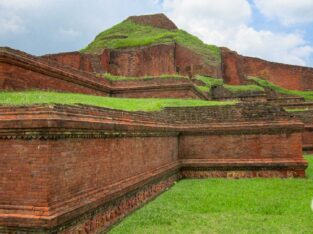 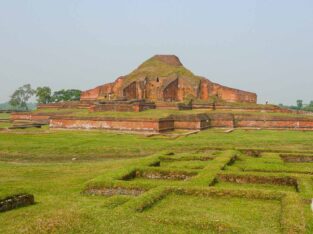 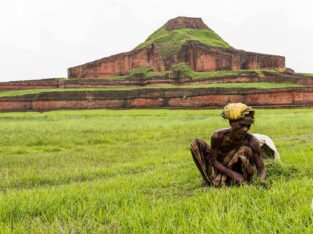 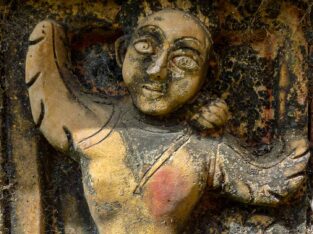 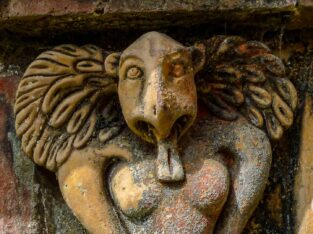 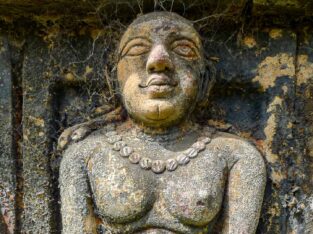 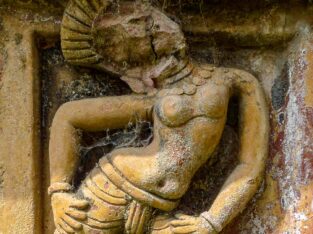 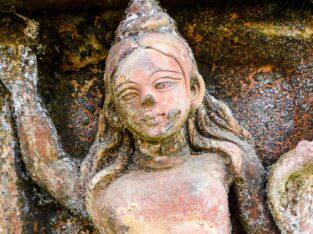 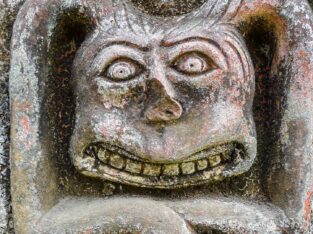 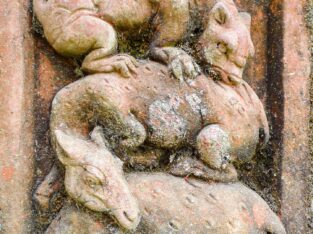 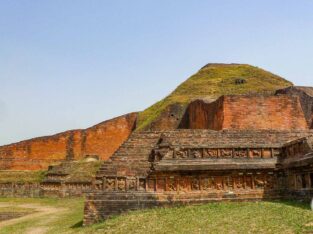 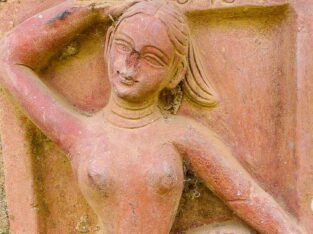 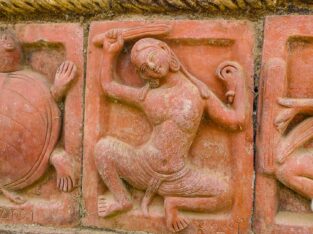 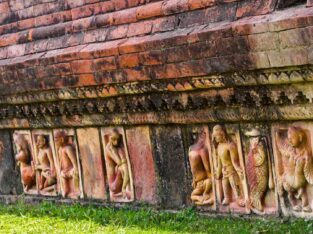 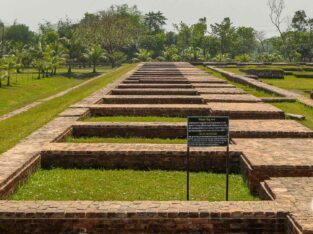 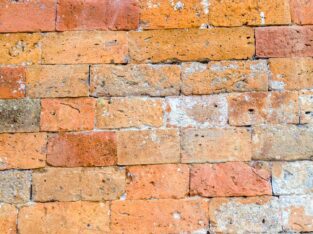 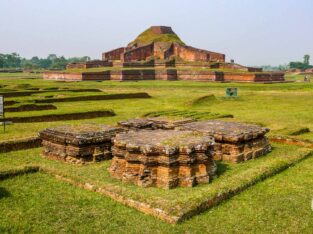 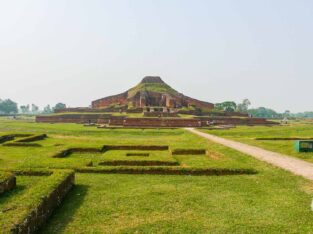 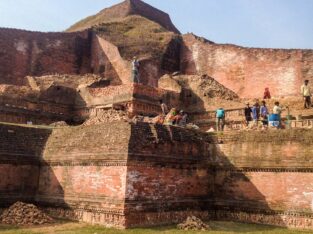 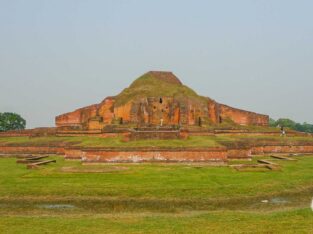 Some of our trips around this area:

Study and Travel Bangladesh in 29 Days